Brewery registration will soon open for the 2020 World Beer Cup

Presented by the Brewers Association, the World Beer Cup, often referred to as “The Olympics of Beer,” is the most prestigious beer competition in the world and is held every two years in conjunction with the annual Craft Brewers Conference® & BrewExpo America®. The competition is open to professional breweries around the globe that meet all legal and permitting requirements for breweries in their respective countries.

Developed in 1996 to celebrate the art and science of brewing, this global competition continues to create greater consumer awareness about different beer styles and flavor profiles while promoting international brewing excellence.

“When industry professionals acknowledge the excellence in products from around the market, the beer drinker can be sure that those brands are the finest available,” said Chris Swersey, World Beer Cup competition manager.

Multiple consolidation points around the globe have been established to aid in transportation logistics and costs. For more information about the application process, please visit the competition details page on the World Beer Cup website.

The World Beer Cup is made possible through the generous support of its sponsors, including 2020 presenting sponsor Siemens and partner sponsors Barth-Haas Group, First Key, MicroStar Logistics, and Sahm.

Additionally, the competition relies on support from endorsing organizations—brewing associations, educational institutions, and trade publications—who help promote the event to new and established breweries around the globe.

About the Brewers Association

The Brewers Association (BA) is the not-for-profit trade association dedicated to small and independent American brewers, their beers and the community of brewing enthusiasts. The BA represents 4,000-plus U.S. breweries. The BA’s independent craft brewer seal is a widely adopted symbol that differentiates beers by small and independent craft brewers. The BA organizes events including the World Beer Cup®, Great American Beer Festival®, Craft Brewers Conference® & BrewExpo America®, SAVOR™: An American Craft Beer & Food Experience, Homebrew Con™, National Homebrew Competition and American Craft Beer Week®. The BA publishes The New Brewer® magazine, and Brewers Publications™ is the leading publisher of brewing literature in the U.S. Beer lovers are invited to learn more about the dynamic world of craft beer at CraftBeer.com® and about homebrewing via the BA’s American Homebrewers Association® and the free Brew Guru® mobile app. Follow us on Facebook, Twitter and Instagram.

The Brewers Association is an equal opportunity employer and does not discriminate on the basis of race, color, national origin, gender, religion, age, disability, political beliefs, sexual orientation, or marital/familial status. The BA complies with provisions of Executive Order 11246 and the rules, regulations, and relevant orders of the Secretary of Labor. 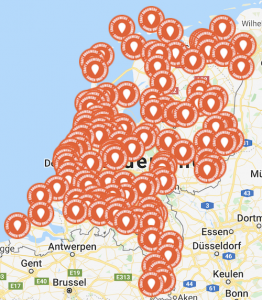